W is for WWE’s “Best In The World” CM Punk

I’ve been in love with professional wrestling for my entire life. Or at least since my grandfather turned me on to it when I was eight years old. I was apoplectic when Killer Khan launched a knee drop off the top rope and broke Andre the Giants leg. I cried tears of grief when Superstar Billy Graham showed up on my TV and smashed Bob Backlund’s WWF Heavyweight Championship Belt. And I cried tears of joy when Kerry Von Erich pinned Ric Flair via backslide at Texas Stadium to win the NWA World Heavyweight Belt in front of almost 50,000 people at the show to honor his recently deceased brother David Von Erich.

As a kid I was lucky enough to get to see a lot of pro wrestling. Starting at 10 years old, my mom would just drop me off at the Lowell Memorial Auditorium for wrestling shows. It was a different era back then. The WWE would come around a couple times a year but the real thrills came when the indie league ICW would roll into town with all the territorial workers. Guys who I wasn’t able to see on TV and only knew from obsessively reading the classic Bill Apter magazines Pro Wrestling Illustrated, The Wrestler, and Inside Wrestling. I’m still gripped by fond and vivid memories of being scared shitless by Abdullah the Butcher, Bruiser Brody and Kamala. The Satanic Kevin Sullivan and his disciple frightened me at the same time I was getting a first-hand lesson in puberty when turned onto, and by, his scantily clad vixen of a sidekick “The Fallen Angel”.

Progression is the only constant of life. Girls, jobs, apartments, friends, fads, glint… they all come and go. The only three constant loves of my life have been pussy, rock n roll, and pro wrestling. Not always in that order. I’ve always followed WWE but after the attitude era, my focus has been mainly on the indies. The smaller DIY organizations that run in bingo halls, elks lodges, and high school gyms. ECW turned me on to those. Sometime in 1996 I came home late one saturday night from the Wetlands and started channel surfing. When the channel flickered and stopped on a badly lit pro wrestling event it halted me in my tracks. It was Tommy Dreamer and the Sandman versus Stevie Richards and Brian Lee from Ultimate Jeapordy 1996. The guys were brawling on the floor and then ended up fighting up on top of the concession stand. Hot dogging it on top of the hot dogs. That was my introduction to ECW. A whole new technicolor chapter in the already colorful world of professional wrestling. ECW! ECW! ECW!

That event inspired me to start watching ECW regularly and to start attending indie matches in the tri-state area. I’ve been to well over a hundred of them since. I’ve seen crazy athleticism and aerial maneuvers. I’ve seen Jimmy Snuka have to do his Superfly leap off the 2nd rope so he wouldn’t hit his he’d on the drop ceiling of a VFW hall on Long Island. I’ve seen a 60 year old man brawl with a man half his age in a match that saw the two of them so tangled up in barbed write they had to literally be cut loose. Ive seen guys get slammed through flaming folding tables and I’ve seen two “brothers” in a Taipei Death Match. That’s where they tape their fist, cover them in glue, then dip them in broken glass, and then fight. Yeah. I’ve seen a lot of crazy shit.

But on my first trip see the somewhat nascent promotion Ring Of Honor at the Pennsylvania National Guard Armory on December 27, 2003 I saw something special. Ring of Honor had flown over a group of stars from all Japan Pro Wrestling to put on a star studded card. That day me and Backyard Bill made the trek to Philly, but not before stopping at Classic Pistol in Southampton, PA to shoot some guns, of course.

That day featured Japanese wrestling legend The Great Muta. It also featured future top TNA stars Christopher Daniels and AJ Styles who I had been reading about on the wrestling websites and was excited to see. I also caught the elbow pad of Satoshi Kojima when he threw it into the crowd. I still have that elbow pad and often times wear it to matches and / or when watching a big Pay Per View event at home.

But the special part of the night to me was seeing CM Punk wrestle. Punk was tag teaming with Colt Cabana and taking on Tomoaki Honma and Kazushi Miyamoto. It’s usually pretty easy to tell the pros from the rookies at an indie show. But even on a card stacked with talent, CM Punk rose head, shoulders and tattoos above the rest of the wrestlers that night. He had a good look and physique for a pro wrestler, and just the right amount of swagger. He moved around the ring like a veteran and he gave as good as he got from his dastardly japanese opponents. Seeing the Japanese wrestlers live is a whole different ballgame. They are known for working a “stiff” style in Japan which is a lot rougher than American and Mexican Pro Wrestling – lots of forearms to the head, chops to the chest and kicks to the legs and torsos that leave the recipients skin reddened and bruised. But Punk took all they had to give and dished it out in spades. He and Cabana each earned the respect of the crowd that night, and even more impressively, won the respect of their Japanese opponents. I was impressed, and knew I would be watching and be wowed by this guy for years to come.

I followed his career over the next few years in Ring Of Honor. Then in the summer of 2005 he got called up to the big leagues and signed with WWE. It was a long and stormy run there, with Punk being bounced around between WWE’s “minor league” of Ohio Valley wrestling and the WWE’s rekindled ECW, which really served as their third tier TV show behind the twin titans of RAW and Smackdown. Sure, he won the ECW title and also briefly held the World Heavyweight Championship. But many of his fans and wrestling insiders felt he was being underutilized. It’s often been said that WWE CEO Vince McMahon doesn’t like to see characters that he didn’t create and develop hold top spots in the company. This sure seemed to be what was going on with Punk and towards the end of his 5 year deal, he started making noise behind the scenes about not being happy in the WWE and that he wouldn’t be renewing his contract.

Tons of speculation was going around as to whether he would or wouldn’t re-sign and that led to Punk getting what he wanted. The WWE execs chose to let him go on RAW and give him a live mic, to air his grievances unscripted. CM Punk went on to break character and give a 6 minute tirade about what it was that he didn’t like about the WWE, ripping into Vince McMahon, his daughter and heir to the throne Stephanie McMahon and her husband Paul LeVesque, aka WWE Superstar HHH. Punk’s promo sent a shock wave through the wrestling world. He said everything wrestling fans had been thinking for years. That Vince and co. are out of touch and don’t know or care what the fans want. It turned the wrestling world on it’s head galvanized a fan base that felt like it had been let down by the company, myself included.

I had long since stopped watching the WWE product. But I still read wrestling websites incessantly and listed to hours of audio content every week on PWInsider.com. I would listen to what basically amounted to pro Wrestling Talk Radio and read the website recaps to keep up with what was going on, and then would download or seek on YouTube the parts of the shows that I wanted to see.

But after Punk’s infamous promo, so many fans came flooding back to the the product. CM Punk had single handedly elevated WWE’s flagship show, Monday Night Raw, back to the MUST-SEE status it enjoyed during it’s “Attitude Era.” The ratings were better than they had been in years. And Vince McMahon listened to the fans this time. They signed Punk to a new long term deal, presumably for tons of dough and he defeated Vince McMahon’s golden boy John Cena in Punk’s hometown of Chicago on July 17th, 2011. Punk eventually went on to hold the belt for 434 days, an eternity in today’s WWE and the longest title reign since Hulk Hogan held it for 1,474 days from 1984-1988.

CM Punk reinvigorated the love of professional wrestling in a whole generation of fans who had almost given up on it. And he did it with a combination of hard work, determination, being true to himself, speaking his mind and simply not giving a fuck. He made the rest of us feel like we could make a difference and turn our own situations around. Because we can. He made us feel like we mattered. Because we do. 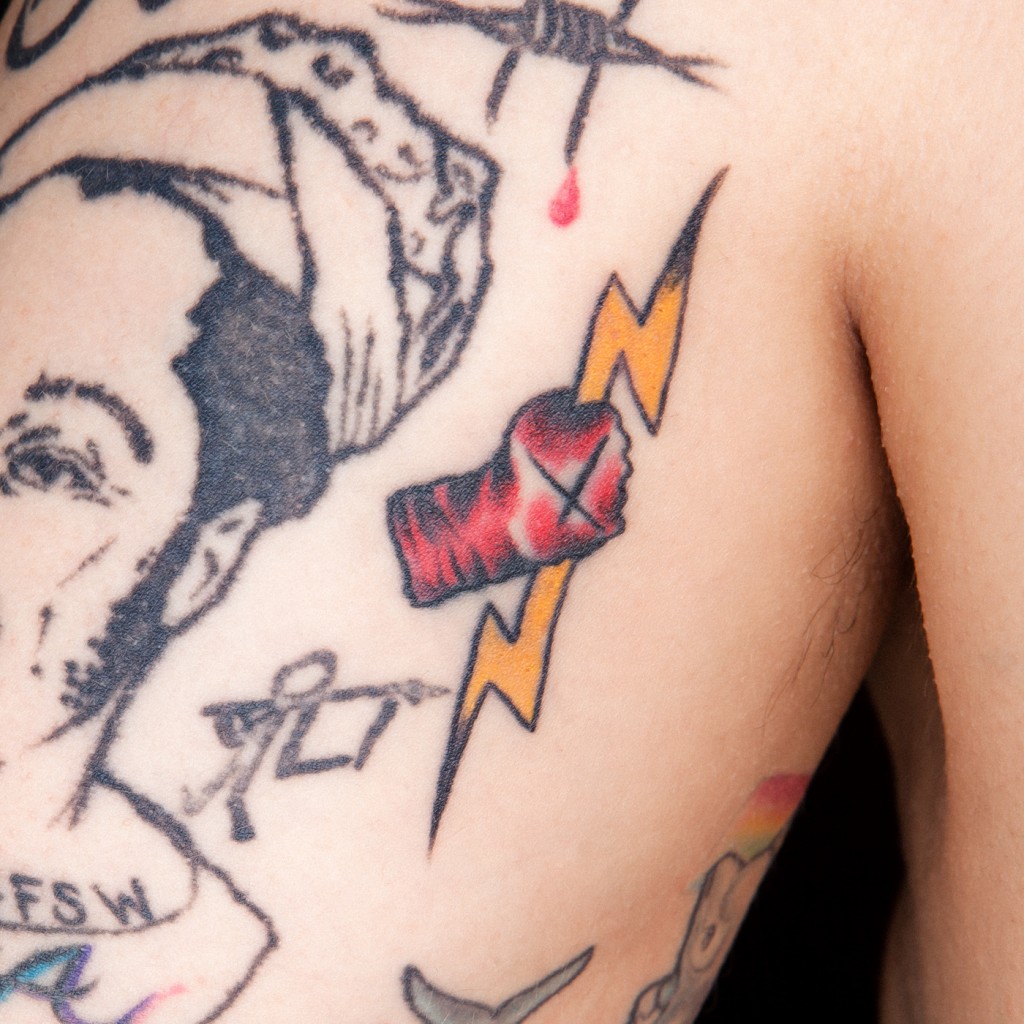 Best In The World!!