Every day in April I will be participating in the A to Z Blog Challenge. Each day I will write a post dealing with an issue that is near and dear to me that starts with the letter of the Alphabet the corresponds with the day of the month. Neat right? Today is April 21st so the letter of the day is U.

One day I was sitting in my office and I thought to myself “You know what would be cool, a picture of a unicorn humping a dolphin.  So I sent off an email to my Rocks Off designer extraordinaire, Glenn Hidalgo, that said “Glenn, I need a picture of a unicorn humping a dolphin in front of a rainbow, and it has to look all care bears style.”  A couple of weeks later the line art came.  A week after that this fully realized beauty: 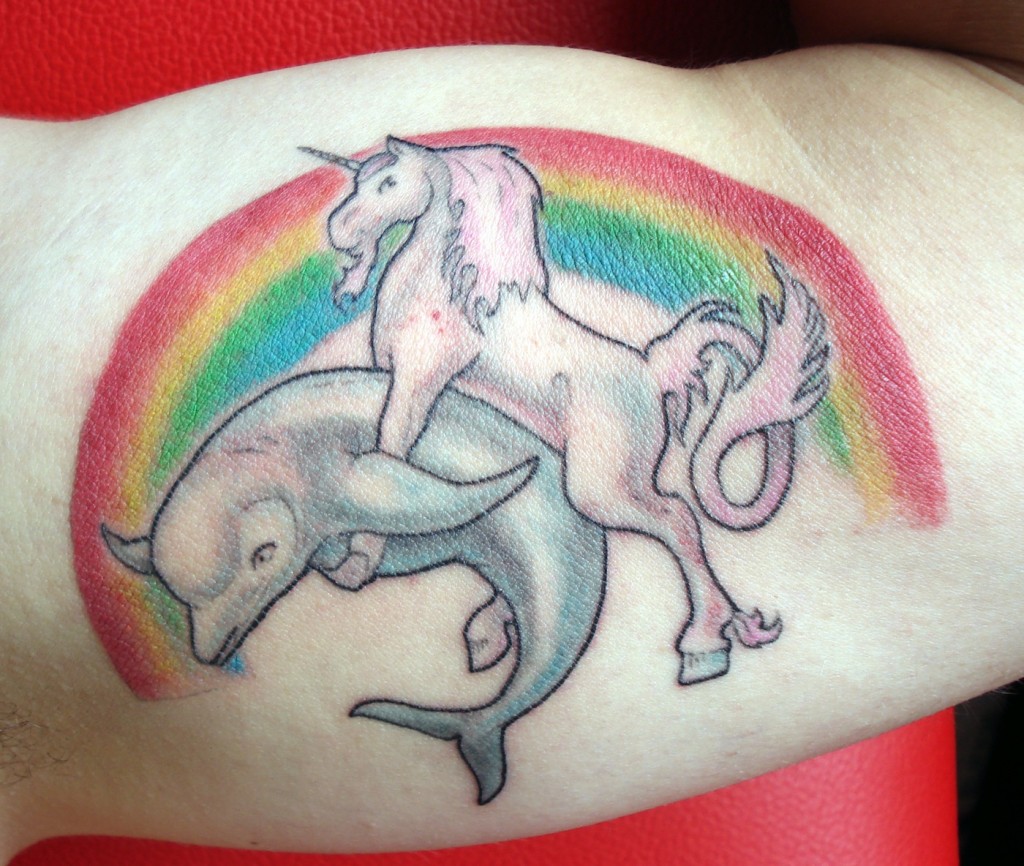 A week later my friend Phil emailed me and said “Hey I just started a new band called Children of the Unicorn .  Let me know if you have any gigs for us.”  I emailed the pic of the tattoo back to him and that ended up being the band’s album cover, and Phil asked me to join the band.  So I did.  He already had the band together – so I just played cowbell and tambourine, and generally added a heavy dose of awesomeness to our shows.

And then came the song.  My buddy David Blend hit me up and said “If I write a song about why  Unicorn would want to hump a Dolphin, could you find someone to record it?”  I aid sure, but asked  what made him think of it.  And he revealed his bigger plan for it to be an ad for a tattoo shop I own in Tucson, Arizona.  The Magic Fun Store.  Corn Mo recorded the song.  B.A. Miale made the video.  And the rest is viral marketing history. 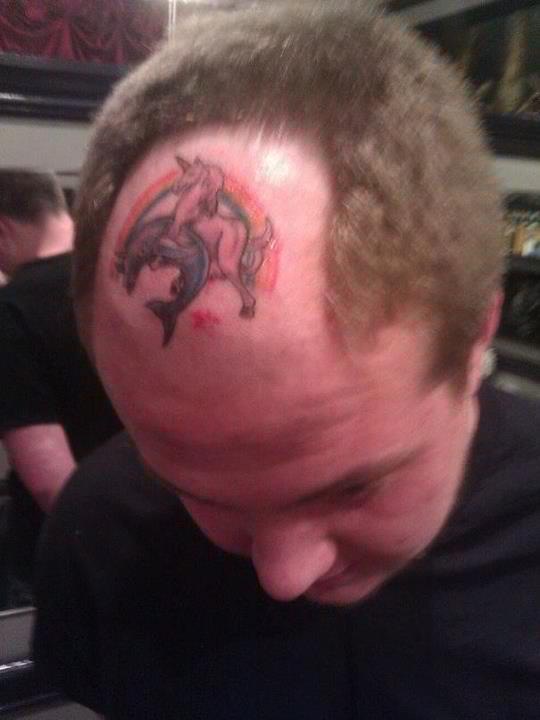