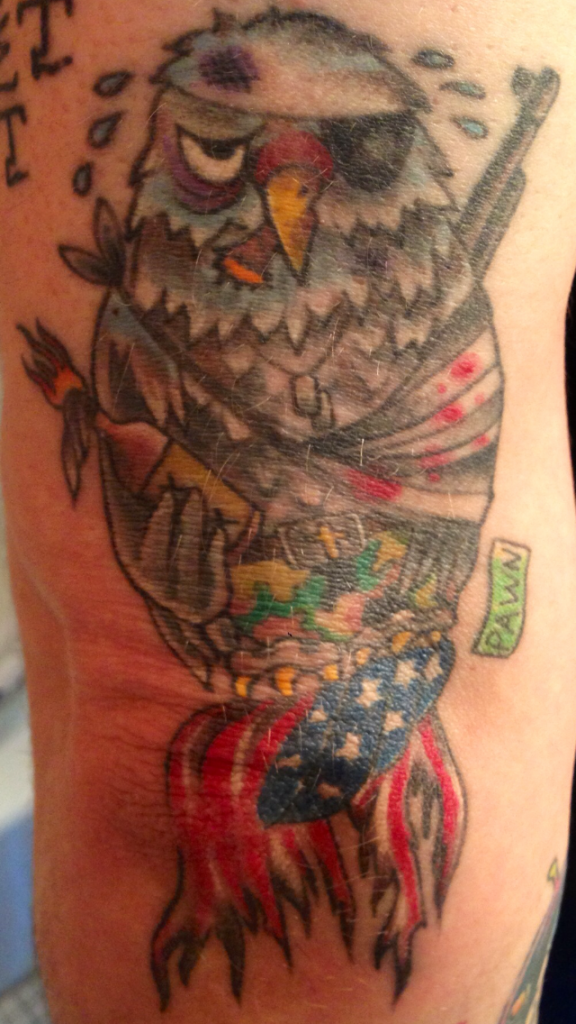 The Death of the American Dream Eagle

Every day in April I will be participating in the A to Z Blog Challenge. Each day I will write a post dealing with an issue that is near and dear to me that starts with the letter of the Alphabet the corresponds with the day of the month. Neat right? Today is April 5th so the letter of the day is E.

E is for Eagle.

More specifically Crackie – the Death of the American Dream Eagle. Crackie put in his time and went to war for the once-great country that he loves. He came back and found that he was unwanted in a land that had been taken over by corrupt politicians and crooked bankers. He’s wounded and not able to get fixed up because the VA hospital is losing it’s funding. He’s trying to hold on to the tattered shreds of ideals of the country he went off to fight for, but the only thing that’s the same as when he left is the persistence of God in his culture and his ability to bear arms. He hasn’t even been rewarded financially for his sacrifices so he had to pawn his medals, but all that bought him was a bottle of booze. He sat and thought about what to do with the booze and figured rather use it to numb his pain, he turned it into a molotov cocktail and is about to throw it through the window of a local bank as a way to protest the special interest groups and lobbies who have skull-fucked him, leaving him to wear an eye-patch.

Crackie might be down, but he’s not out. Much like the American Dream. Time to take back what’s ours.