Episode 12 of the Get Your Rocks Off Podcast is up now! Featuring an interview with Gibby Haynes of the Butthole Surfers. 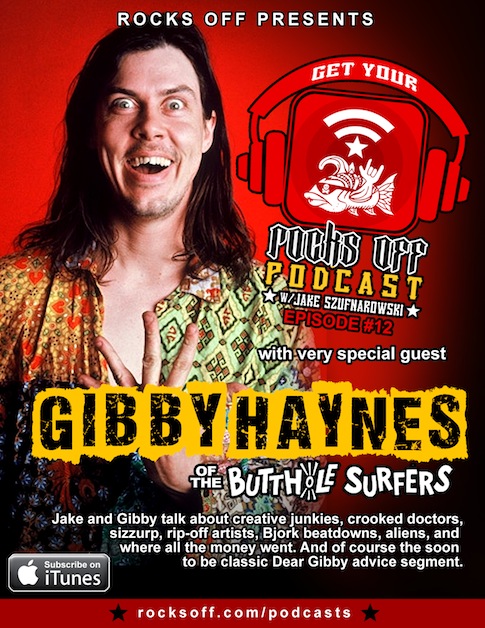 I started a podcast. Have I mentioned that yet? Not on this blog I haven’t. I was too busy doing the A To Z BLog challenge in april to post about the podcasts. I should have done P is for Podcast. But P was for Prince at Lincoln Center which was too good a story to pass up.

But now that I have done 12 episodes it’s probably time for me to tell you about them. Episode #12 features an interview with my friend Gibby. He might be the only guy I know who is crazier than me. We talk about creative junkies, crooked doctors, sizzurp, rip-off artists, Bjork beatdowns, aliens, and where all the money went. And of course the soon to be classic Dear Gibby advice segment.

You should totally listen to one of the episodes. Or more than one. And then subscribe on iTunes so you don;t have to keep checking back here. And it would also be rad if you gave it a rating and / or a review on the iTunes site. If you do, and you see me out one night, I’ll probably give you a sip of my beer. You rule.