What an amazing and exhausting day. A few months ago I decided I was going to run a marathon on every continent – eventually culminating in Antarctica. I had already done Athens, Greece and NYC was on the horizon. And I had been planning to hit Thailand for a vacation over Xmas and New Years.

I’m not the type to sit on a beach so my plan was to head to Chiang Mai and go exploring in the mountains and jungles. So I googled Chaing Mai Marathon and lo and behold it was happening 5 days after I landed in Bangkok. So I signed up. I figured “Hell its only 7 weeks after NYC so I’ll still be in shape, pretty much.” And that was true, pretty much.

After an exhausting 3 months of relentless training for NYC along with a strict diet and no alcohol, I of course slipped out of that regimen after that marathon and when I got on the plane to Thailand I thought I was doing ok, or at least good enough. And I was. Until the that dam jet lag kicked in. I have barely slept since I’ve been here which made the prospect of actually going out and doing the damn thing about daunting. Add to that the fact that NYC has the best crowds of any marathon in the world who are known for the abundance of energy from which the 55,000 runners can draw. I knew this marathon which was limited to 1,500 people would be a different experience.

It had a start time of 4am which I just assumed would be because it was too hot to run in the day. But it turns out it’s more because the people of Chiang Mai couldn’t give a shit that 1,500 Ting Tongs (crazy people) think it’s a good idea to run 42 kilometers so they can’t be arsed to close their streets. They only closed one lane for the duration of the route which meant we were always running alongside an assortment of janky ass scooters, motorcycles, cars, trucks and tuk tuks that were mostly spewing dirty clouds of lung dust.

Beyond that there were literally no spectators / cheering sections beyond the friends and family of the runners at the start and finish line. Oh there were some confused and bemused people who just happened to be along the route, and when I would clap and cheer for them they would get surprised and then smile back at me, so there was that.

Which left me to know that if I was gonna finish this thing it was gonna be down to me and my body and most importantly my brain. Mind over matter and PMA. I about halved my training regime after NYC and was coming off of a monster 2 night rager with The Bronx at Brooklyn Bowl London just 6 days ago which I substituted for my last long training run. Add to that a bunch of stage diving that left my legs pretty bruised and sore too. Whoops!

And out there on the course the first half went OK and then the doubts started to creep in… For the next 4 miles after that my mind was playing tricks on me. Offering up lots of resistance. Telling me that I only needed to finish, I could walk the rest of the way, who would know? And then when I realized I was at the 17 mile mark I thought of how much I could have used Benay Vynerib there with a fresh coconut and her amazing energy. And I thought about the video she filmed of me at mile 17 in NYC and how full of energy and exuberance I was at that point and that’s when I thought to myself “If you really make a push for it for the rest off this god damned race you might actually be able to come close to your finish time in NYC.” And then I thought “You didn’t fly 47,000 miles to the land of $7 60-minute massages to leave anything in these legs – so fucking GO FOR IT!”

Go for it I did. I turned the jets on and started passing mahfukkas left and right. And clapping for and smiling at the people on the side of the road who then had no choice to smile back at what probably looked like a ridiculous pink haired giant tattooed white man who was stomping all over their streets and inconveniencing their Sunday morning. In the end I finished just 6 minutes over my NYC time and did the second half faster than the first half, which especially considering how rough the beginning of the second half went, was no small feat at all.

When I finally crossed the finishing line, after 4 hours and 57 minutes, I started crying. And didn’t stop for about 5 minutes. It all finally dawned on me that I had really done it. That I set a ridiculous challenge for myself and saw it though. Even when at so many points it would have been much much much easier to just say “ahhhhh I’ll just hang out in that opium den down the street instead.” It’s amazing what the human spirit and body can accomplish when you decide to just go for it. I did. And what’s the worst that could happen? Not much, my friends. Not much because I CHOSE to NOT let the resistance take over.

EPILOGUE: I got a massage on Friday. It’s almost impossible to figure out which of the literally hundreds of massage joints will be good – so I just walked along the road til I found the woman woman with the kindest smile. And I ended up getting a great massage. When I finished the marathon I went back to the hotel to stretch and change and hydrate and then headed out to find her again and get another massage. Along they way I texted Karina Rykman who was working our Rocks Off show with CJ Ramone back in NYC. I wanted to check in on the show and make sure CJ was having a good time. He was onstage at that moment busting through a bunch of Ramones classics. When I got back to the massage parlour there she was – wearing a Ramones T-shirt. She didn’t understand why I was so excited and had no idea who the Ramones are and our language barrier didn’t allow for me to adequately explain. But what it shows me was that admidst all the drama and chaos of modern life whether it be in NYC or London or Thailand, the universe has a sense of balance and above all a sense of humor. Look closely at the Ramones shirt and you’ll see what I mean ? 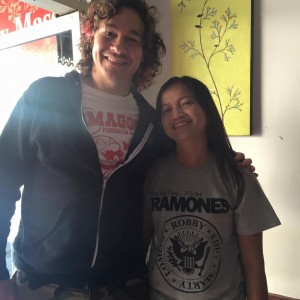 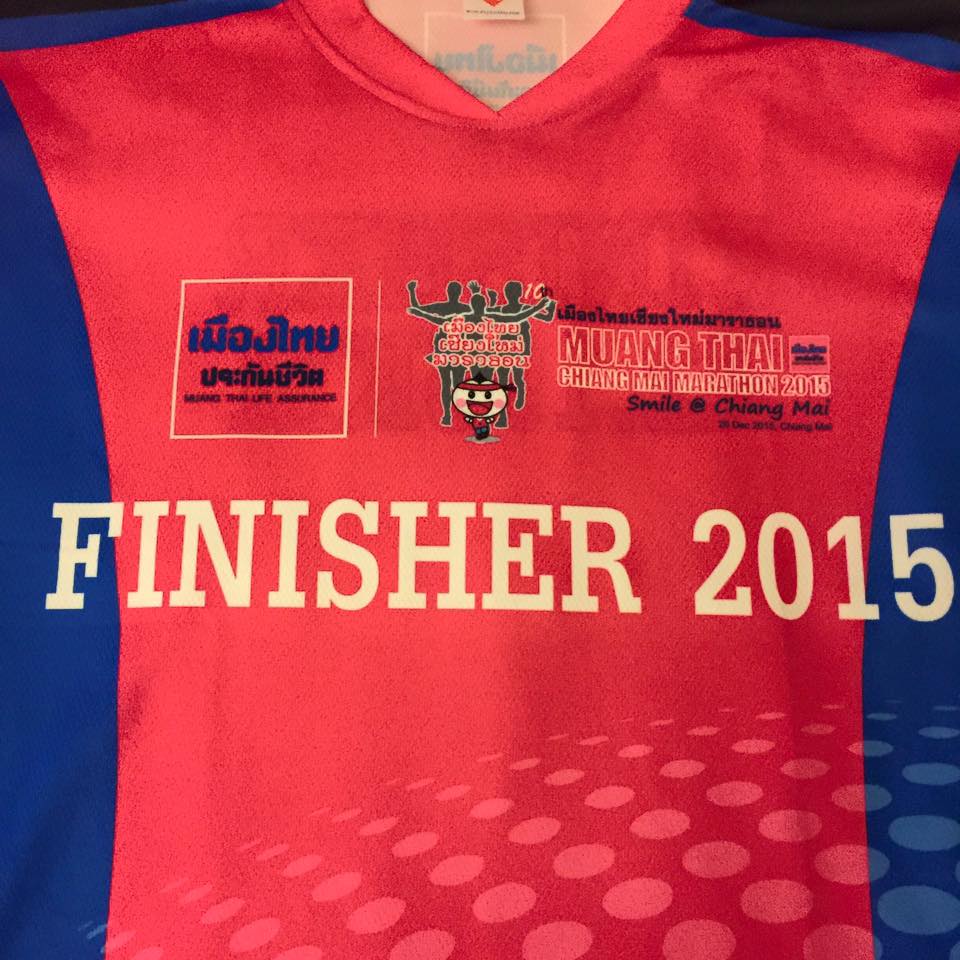